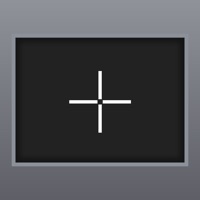 Theodolite HD is a single application that provides a compass, inclinometer, rangefinder, GPS, map, nav calculator, and an augmented reality photo and video camera. One of the first augmented reality apps, theodolite, was created in 2009 and has been enjoyed by millions of people ever since.

Theodolite allows you to take geotagged photos and films with 2X-8X digital zoom and fast processing. You can immediately add geographical data, date, time, and personal comments to pictures and films for future reference.

With the built-in map, you can view your current position on an Outdoors map that includes topographic contours (feet or meters), roads, trails, landmarks, campgrounds, ski lifts, and more. Live map markers update distance and direction relative to the current location and provide wayfinding information on the primary camera screen.

You may share map markers and nav calculator points with other Theodolite users via text or e-mail. This ability offers a broad range of collaborative applications, including team land surveying, accident investigations, spotting wild fires, triangulation of landmarks, and advanced tactical observation and targeting operations.

Theodolites can provide location data in military grid reference system (MGRS) coordinates, Universal Transverse Mercator (UTM) coordinates, the British/Irish National Grids, the US National Grid, the Maidenhead locator system, and six latitude/longitude formats. State Plane coordinates are available for the US, including SPCS27 and SPCS83 zones covering all US states. Geodetic data covering all continents are included in the Datum Pack, which adds over 230 data to the app for more accurate positioning from GPS data.

Theodolite is a great tool for surveying and measuring distances. It is very accurate and easy to use. If you need to measure distance or take precise measurements, theodolite is the tool for you.