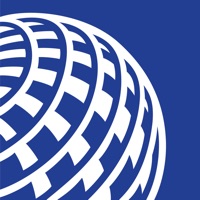 United’s mobile app has been downloaded over 15 million times, and over 90% of customers return to the app after downloading it. United’s internal team of designers and developers approach the mobile app as one with several versions; it is available in the iTunes App Store, Google Play Store, Amazon App Store, Blackberry World, and the Windows Phone Store. United Airlines has been releasing frequent new and innovative features on mobile devices to keep the app up to date and improved across supported gadgets.

United Airlines has gathered intelligence on using previous applications by analyzing which components and functions were most popular with customers. In the redesign process, travelers were asked about their desired information while moving, what type of information they sought, and whether they used it before and during travel.

The design was then tested to optimize the screens to be as user-friendly as possible. For example, the home screen is particularly suitable for on-the-go use: testing was done to ensure that a customer pulling a suitcase through the airport could use the app with one hand.

United App provides several features that allow users to book flights, check-in for flights, see a flight’s status, and access their MileagePlus account totals. Travel cards and wallets have been created to streamline and simplify travel data. Within the interface, users may swipe through various travel cards like mobile boarding passes, reservation cards, MileagePlus cards, and United Club cards that are accessible.

Travel wallets are yet another shortcut that allows users to store all relevant data in one location, including upcoming reservations, mobile boarding passes, flight status updates, and much more. With a simple swipe, travelers can store their trip data and details on the home screen. In addition to the popular features from our earlier app version, our customers have grown to love Sudoku, checked baggage fees calculator, currency converter, and airport maps.

United Airlines has just released a new feature that allows customers to scan their passports using the United app. As part of a 24-hour check-in window before departure, customers may check in via the mobile app by scanning their passports using their device’s camera. Since this feature was introduced, the percentage of international check-in via the app has increased substantially.

In 2014, Uber and United Airlines announced a partnership to offer customers access to Uber services via the United app. Uber and United are currently the only airline partners to provide this technology. Customers can see the menu or a My Reservation card on the United app to find out how much an Uber will cost or how long it will take to get to the airport. The app will also notify users when their Uber vehicle has arrived and whether they can choose their preferred car type. More than 40,000 Uber searches were made from the United app in the first few weeks after its release.

The United app provides specific messaging if a customer’s flight is canceled or significantly delayed. These messages are prominently displayed in red on the home screen and the reservation card, and once selected, they bring the customer to a page with options to change their trip by choosing a different flight.

On the surface, the United app doesn’t appear revolutionary. Yet, this app is a real game-changer for the airline industry. It allows customers to see all their reservation and payment information—even the ones they associate with other apps—in one place.

United is one of the few airlines that work directly with travelers in the digital space. As a digital brand, United can connect with customers in ways others can’t.

At the same time, the United app also allows customers to book flights and seamlessly manage their travel in real time. This is more than any other airline-owned app. 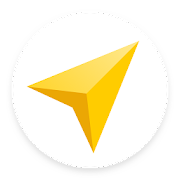 Who Uses My WiFi? (WUMW) Protect your network from intruders