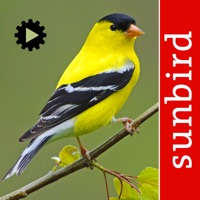 –> SALE: 50% off! Instead of 9.99 just 4.99 US$! ****** Identify birds of the USA by their songs and calls! Automatic Recognition will help identify birds around you. Includes an audio reference library of 241 songs and calls. *** Top of its class, Bird Watching Magazine rated it 9 out of 10 saying it is remarkably accurate. *** Copied by a few, bettered by none, Bird Song Id is three years ahead of anyone else in this field ! ***

Look at the many good reviews compared to similar apps claiming to achieve bird song recognition!

“It’s Shazam for birdsong. Record a bird’s warble—the cleaner the recording, the better the luck you’ll have—and
let the app tell you what species you’re hearing!” ***

Developed by automatic recognition experts in collaboration with published biologists.

*** ‘The Times Newspaper’ said the app “Does what it says on the tin” and were amazed that “this astonishing piece of software costs about the same as a cup of coffee”. ***

The most functional Bird Song app on the market by far. Make your own bird song recordings and keep a bird song diary.

Have you ever heard a bird singing and wondered “What kind of bird is that?”. Bird Song Id is a great tool to help you learn to quickly and easily identify birds by their songs and calls. It’s great fun to use too. With Bird Song Id, identification can be enjoyed by the whole family.

Bird Song Id has been created by professional published ecologists. The app does not need an internet connection, all songs and calls are downloaded when the app is purchased, one hundred and eighteen species are included.

We have included an early version of Automatic Recognition in the app for you to try. We hope this feature will help you identify common bird species. However, it needs a good quality recording to work, and takes a bit of time and patience to get used to. Automatic Recognition takes place on the device, no connection to the internet or mobile network is needed.

How successful is it? Our aim is to get the correct bird in the top three of those listed. In our testing of over 1,000 samples we found the success rate to be 85%.

Remember this is an early release of this innovative feature, so please be gentle. A demo is available on YouTube.

————— HELP —————-
Automatic Recognition needs a good quality recording of the bird
————-
Remove the case from your iPhone if you use one as this will significantly dampen the microphone
————-
Only record when it is very quiet, apart from the bird singing of course
————-
Be close to the bird singing, as close as you can be without disturbing it
————-
Only record when a single bird is singing, or when a single bird is dominant
————-
The analysis graph should have plenty of blue and green colors with few or no black peaks
————-
Be patient, dont expect miracles, the system works but needs good clear recordings
————-
The peaks on the graph should reach all the way to the top. Low peaks indicate poor quality and recognition is unlikely
————-
A difference between two birds of less than 10% is not that significant, so listen to the samples from both to help you further
————-
The microphone is at the bottom of an iPhone, point the bottom of the phone towards the bird
————-
Record a single bird at a time
————-
Record for the full 30 seconds
————-
Avoid windy conditions. Air moving over the microphone will mask the bird sounds
————-
Playing songs to the app from recorded material on the internet, other apps or CDs is unlikely to work as this material is digitally processed and edited (inter phase gaps are often shortened). They sound very different to recording birds for real on an iPhone or iPad in the natural environment.
————-

CoinBook Pro: A Catalog of U.S. Coins – an app about dollar, cash & coin 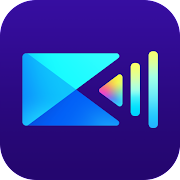 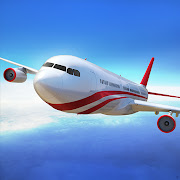 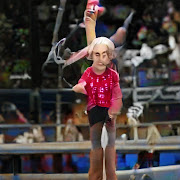